Something very, very odd happened last month. Something that has literally never, ever happened before, and probably will never happen ever again. Something that left me feeling oddly elated, yet totally deflated at exactly the same time. But first, for the two of you reading that aren’t aware of the story behind it all, a bit of background.

So there’s this marathon down in London, right. It’s called “The London Marathon”. I always had a long standing dream to run it, the idea seeded as a callow teenage when I saw my uncle on BBC TV out there doing it. After a quite a battle to get there, to put it mildly, in April 2017 I finally achieved my ambition. I summed up the journey here but essentially after a decade of rejection, through blood, sweat and sheer hard work I gave two fat fingers to the bloody ballot system and got in on my own terms. I liked (most of) it so much, I’m having another pop next month and I’m sure it’ll be a very jolly occasion. But anyway. I digress.

In 2013 a new event sprang up run by the very same organisers, giving piss-artist wobbly amateur bike rider types such as myself a chance to ride over many of the same bits of road as all the pros hammered round in 2012 in the Olympic road race. The iconic climbs, some classic London landmarks and finishing on The Mall, I just had to have me some of that. So in went my ballot entry, six months later came the rejection magazine. Here we go again.

I did actually do RideLondon in the end, taking part in 2016 through the MND Association as part of our incredible 1000 Miles For Motor Neurone Disease Challenge, and it was indeed a right old blast. So much so that last summer I made plans to take part in The London Classics as my challenge for 2018: the London Marathon in April (I already had a place), RideLondon in July and then finishing off with the newest event in the series, the two-mile Swim Serpentine in September, hopefully raising a shitload of cash for MNDA and earning myself a brilliant medal exclusive to those who’d done all three. A big old triathlon spread out over six months; run, ride and swim, and then bask in the glory of a job well done and focus on what the hell to do next year. I duly chucked in my annual August ballot entry and crossed everything hoping I would get a place.

Then The Red Arrow got nicked.

September 2017 was a bad month, where just about everything that could go wrong did. I won’t bore you with the full details but it was a frankly ridiculous run of misfortune and one of the horrible incidents involved some dirty shithouse meticulously removing a small part of the bolt off my garage door with the padlock still attached to it, and duly walking off into the inky black night with mine and my wife’s beloved road bikes under each arm.

They’re still out there somewhere, and due to the manner of the theft (unlike 2013’s opportunistic lifting after my absent-minded landlady left the front door wide open) I can’t be confident about replacing them without somewhere different to keep them. Generous friends and family offered me their steeds for a bit but I couldn’t guarantee someone wouldn’t just bust into my garage and pinch that as well. The scumbags knew what they were looking for and I just had this horrible sinking feeling we’d end up being targeted again.

I’ve since resigned myself to not being a cyclist anymore. I’ve literally not ridden a bike since they went walkabouts, too angry and upset to even bother. The MNDA emailed asking if I’d like to do RideLondon again with them, I replied in the negative. The brightly coloured lycra sits in a pile at the back of the wardrobe, the cleated shoes boxed away on the top shelf. That’s it. I’ve retired from cycling. No more bikes. It’s over.

You can see what’s coming here can’t you.

For the first time ever, the wheel landed on my number. I was in. I had a golden ticket. London wanted me, but unfortunately this time, I didn’t want them. Even if I could borrow a ride for the day, how the hell would I get all the training done? Would I have to do it all on Dangerous Dave, hero of the Dunwich Dynamo and Coast to Coast adventures, and left in my garage during the burglary mostly because he looks like a piece of worthless shit? The lad is built like a fucking tank and much as I love him, he’s bloody hard work, not to mention the very strong possibility of some if not all of his 20 year old parts falling apart 50 miles from home.

So with a very heavy heart, I sat and watched the 5pm payment deadline roll past last Friday and that was that. My place was gone. My one and only London ballot success and I had sat there and done absolutely nothing with it. Just like that it was as if it never even existed in the first place.

I still don’t know how I feel about letting it go. I know it was never really doable, and I’d spent months accepting I wouldn’t be there, but to suddenly get offered a place out of the blue, right at the time when I wanted it the least, was all very unexpected. Talk about sods law.

I’m still eligible for the London Classics anyway thanks to taking part in the other two events between 2016-17. I just need to complete the Serpentine Swim in six months time so maybe I’ll just do that. And of course, there’s that second bite at the London Marathon cherry in less than two months time as I retrace my footsteps from that epic day out last April. But still, what might have been eh. Ah well. Onwards and upwards.

Oh and by the way, if you see our bikes give us a shout yeah? 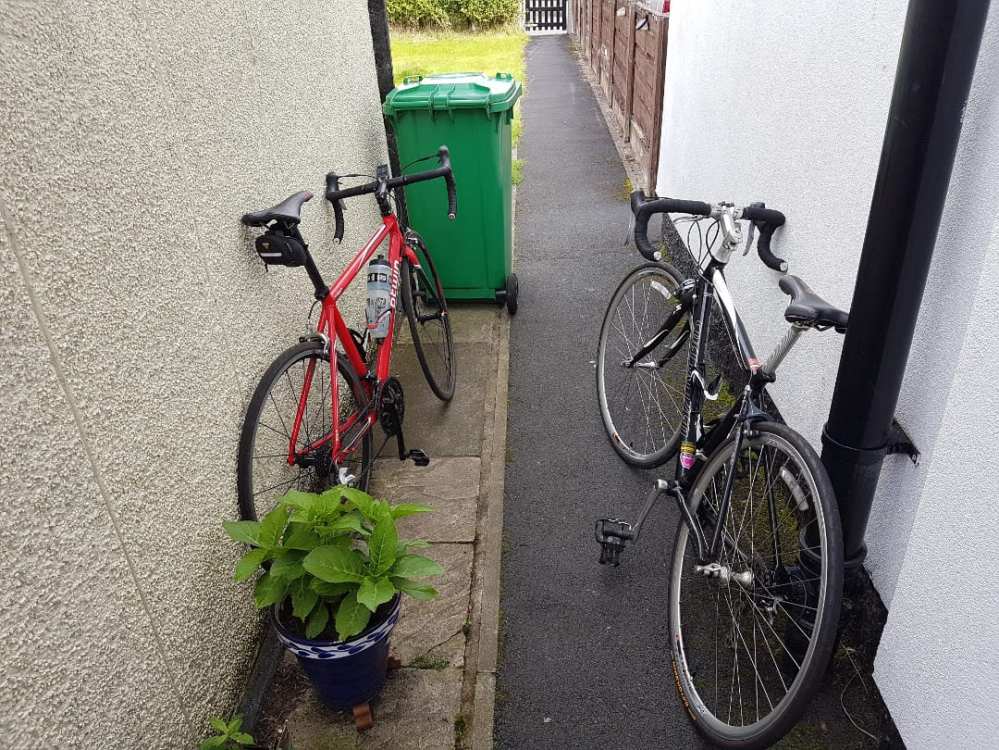