I always feel a bit strange during the days and weeks following a race, especially one that I have actually worked pretty hard training for. The change in lifestyle in the build up to a race is a gradual process; more mileage, better diet, less drinking. The change in lifestyle after finishing is pretty much immediate; no mileage, crap diet, lots of drinking. It tends to follow a familiar pattern, first established in 2009 when I embarked on my first ever training plan for the Great Manchester 10k: 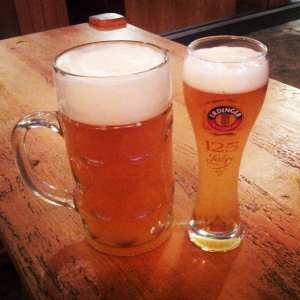 On Sunday 17th March, I went immediately to a German bierkeller, drank one of the most satisfying lagers of my life, followed it up with far too much wheat beer and then spent the rest of the afternoon in a slight daze before a 4pm bedtime. Probably blame that on the 13.1 mile run though, yea?

The magnitude of the post-race build down tends to be roughly proportional to the intensity of the pre-race buildup. As with the marathon, a dedicated and strenuous few weeks of training resulted in a serious and uncoordinated release of energy, celebrating hitting my target on the streets of Liverpool, in this case with – once reawakened – an evening of German beers, Guinness, ridiculously strong cocktails and chilli dogs, and then a terrible hungover sick outside (and inside) Liverpool Cathedral 12 hours later. Just like the pros do it, I’m sure.

For some races, such as those with lacklustre training and missed targets like the Silverstone half in 2012 or the Mersey Tunnel 10k in 2011, it’s usually a case of a more circumspect evening with a couple of beers and curry. After the jog round the Standalone 10k in October on the back of two or three training runs and five beers the night before, I sat on a coach for six hours heading back to Manchester. There was no celebration.

Deciding on the intensity of the buildup however is very much more of a subjective affair, mostly depending on how seriously I am taking it. I remember researching that very first training plan for the Great Manchester 10k, aiming for a sub-40 run. Once I had a target in mind, I looked at compiling training plans online. I put in in the number of days per week I would like to run for. Three, that seems reasonable, I thought. That sounds like a lot of running. And it was for me back then. A couple of runs in the week, then a longer one on the Saturday or Sunday. It felt like a lot, and having a semblance of structure to what I was doing felt good, instead of just running when I could be arsed (once a week, if that) and then playing football on Saturday. I did it for two months, and then I beat my PB by a couple of minutes and got under sub-40 for the first and only time. Well well well, all this training malarkey works.

The Great North Run was up next, which involved a slightly longer and more intense training programme as I tried to get myself ready to run mileage into double figures for the first time ever. Apart from the fact some of the longer runs made me feel like I was going to crap my pants, that all went rather well too, and I ran 13.1 miles in one go and managed to hit my target of a sub 1:30 at the first attempt.

Since then I’ve always made a point of putting together a training plan for a race, no matter what the occasion. How do decide how seriously I am going to take an event though? How hard I am going to train? How many of the runs on my training plan I will actually do? How many times I will go home early on a night out, or avoid going out completely because of the run the next day? I don’t, really, if I’m honest. It just sort of pans out that way. Often it’s a case of “the best laid plans” as I have a target in mind, but then something gets in the way, such as illness last year. Sometimes I lose the willpower a bit and cave to bad eating or drinking habits, or decide the weather isn’t right to go out and I’d rather sit in my pants playing Pro Evo. Then the race suffers and I think, oh well I gave it a pretty good go. Every so often though, I decide to absolutely go for it. Everything aligns. Every single thing I do is dedicated towards achieving something specific; getting round 26.2 miles. Getting round half that in an hour and a half. A sub-40 minute 10k, or a sub-19 minute 5K.

With these ones, serious sacrifices are made: no drinking. Staying in. Cancelling things. Running, running and more running. And then when it’s all over, the struggle to adjust back to normality as, suddenly, instantly, a massive chunk of my life has been removed. I have my evenings and weekends back, I have more time with my family, my friends. And unfortunately for them, they all have me back in their lives, boring them senseless with the stories of all the sacrifices I made in the weeks previous just so I could run a bit faster and then bore of all of you about it on here.

Weekend runs do not exist any more. Evening runs are suddenly half as long. Dinner time is no longer 9:30pm, bedtime is after 10. Normality. I remember writing this after the marathon, as that bloody thing had encompassed my entire life for pretty much half a year, and then suddenly, just like that, it was gone. And it’s been the same with this by and large.

So what’s next then? Regular readers will be aware of my next event at the Port Sunlight 10k 0n 19th May, where I was planning on continuing my run of success and aiming for a sub-40. A dedicated training plan to hit that though would have meant starting pretty much straight after the half marathon, and if I’m being honest, I’ve not really fancied it. The first quarter of 2013 involved four or five weekday runs, and then at least one run over the weekend, usually the Sunday slog, and I’ve enjoyed not having to base everything I do around that any more. I’ve run home from work a few times, been out on the bike a bit, but generally that’s been about it. I’ve not run on a weekend for over six weeks. I’ve been to the pub. I’ve been to gigs. I’ve been to the football. I’ve been enjoying the aftermath.